HUM TV, one of the biggest and most well known channels in Pakistan, has grown its popularity internationally. This is the first time Show was held in the USA and this year HUM TV Network held its 7TH HUM Style Awards. This year HUM Style Awards were dedicated to Kashmir and #KASHMIRHUMAWARDS was used in the posts that were shared on the social media.

Fawad Azeem, head of HUM TV international operations in North America, while giving an interview stated that “The main reason to hold these awards was projecting a softer, inspiring and appealing image of Pakistan all around the world”.

Who chose their wardrobe wisely and who chose poorly?

HUM Awards took place in Houston, USA, in October 2019. The event was flooded by many celebrities who tried to make the red carpet and the event glamorous with their looks, however, not everyone always get what they want. It was hard to determine that whether some of the celebrities were coming to attend the award show or whether they were there to attend someone’s wedding.

So let’s take a look on……. who wore their dress the best and who angered the Bloggers Fashion Police to issue a warrant against them?

Bushra Ansari wore a dress which would be perfect for a bride’s or groom’s mother. Her dress was traditional but heavily embroidered at 7TH HUM Style Awards

She also wore a traditional dress to the event at 7TH HUM Style Awards.

Reema Khan as stunning as she is, the same couldn’t be said for her dress. She wore a simple white dress.

She went for two looks for the glorious event. For the first look, she went for Hollywood look with a stunning pink gown. However for her second look, she went for desi style and wore a white sari and set the event on fire with her stylish and beautiful looks.

Kinza Hashmi set the red carpet of HUM Style Awards on fire with her beautiful and ravishing look. Although we were surprised to see her in different look but it worked for her.

Asim Azhar came in a very simple dress to pay tribute to Kashmir.

Hania Amir cannot be forgotten when discussion of Asim Azhar is being done. Although the dress of Hania Amir was stunning and their is no doubt in her beauty, however the dress did not go well with the actress’s age.

Kubra Khan chose a black dress but frankly speaking it was up to mark for an event like 7th HUM Style Awards.

Mawra Hocane wore a simple green lehnga, but for someone who is known for her dressing, this was not impressive.

They were both twinning by wearing white traditional dresses to the event.

Iqra Aziz as cute as she is, also wore a dress which rose many questions on the style and look of Iqra at the event.

Adnan Siddiqui wore a black classy Sherwani and without any doubt was the dapper man of the evening.

Ahmad Ali Butt the host of the event, wore a tux with a blue velvet jacket.

Shehzad Sheikh wore a monochromatic suit but his hair didn’t seem to go with his bold look.

This evening had it all from glamour to comedy, whether it was Asim Azhar’s tribute to Alamgir, or Hania Amir’s Performance or Mehwish Hayat and Ahsan Khan‘s Performance or even Ahmed Ali Butt dressed as a literal smartphone. The complete evening a total roller coaster of fun.

However, the main part of an award show is the award distribution, without a doubt. The list of the nominations and winners are as follows:

From the starting to end 7th HUM TV Award show was a full package of entertainment. The show has be marvelously groomed since its first appearance on March 12,2013 at Expo Center Karachi. The ceremony was a true reflection of the excitement and enthusiasm that was seen within the nominees. 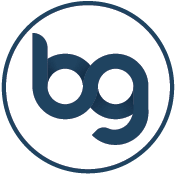